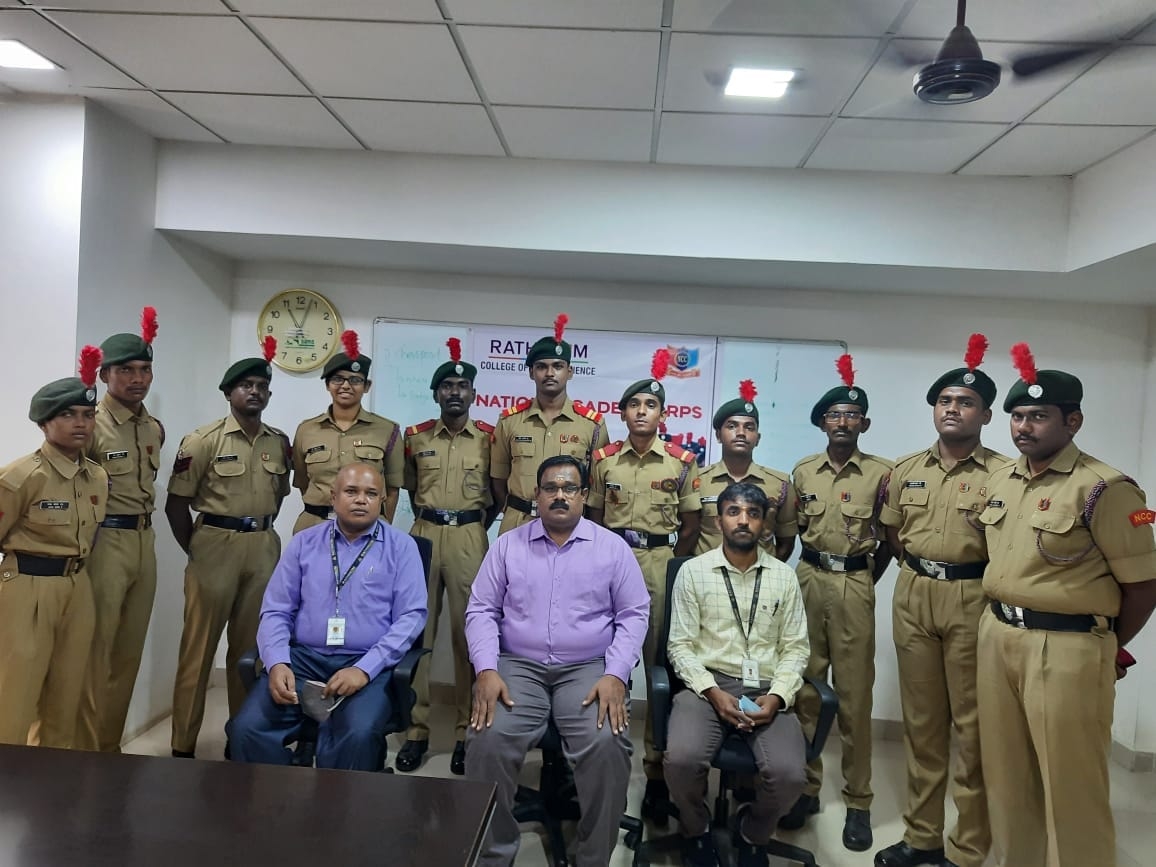 t is a special day for NCC cadets of Rathinam College O&P company, 2 (TN) NCC Battery , Coimbatore, yes it is most awaited day for any cadet in their NCC journey. The ranking ceremony for the fifth batch of NCC cadet held with the presence of Dr.R.Manickam, CEO, Rathinam College , and Dr.R. Muralidharan, Principal and the supervision of CTO Mr.K.Sargurunathan. Cadets were ranked based on the training and achievements in the past year. Mr.Sibi was ranked as Senior Under Officer, Mr.C.Jangadeesh, and Mr.Mithun M.S, ranked as Cadet Under Officer, and other cadets were ranked as Company Sergeant Major, Sergeant, Corporal, Lance Corporal etc.. Ranking gives hope and responsibilities to the cadets said by CEO, and the principal motivated to do their best and also they shall train the juniors with the unity and bring them as best cadets which is the important role of senior cadets. Congratulation to ALL cadets.. #NCC #Ranking #sergents #rathinamcollege #rathinamalumni #rathinamgroupofinstitutionns